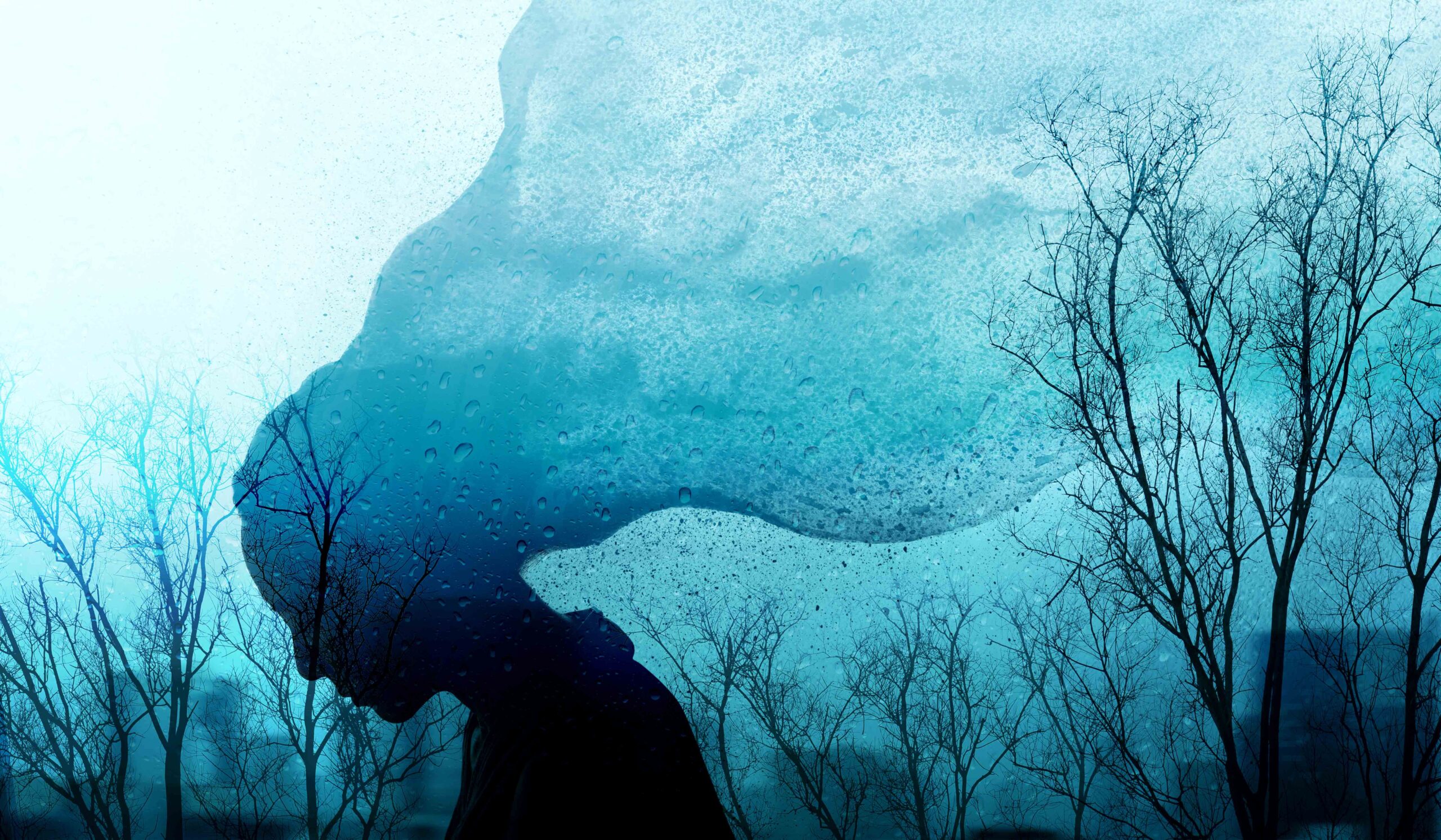 Scapegoating — the projecting of unwarranted blame — can crop up often in everyday life. It happens in troubled homes where members shame a family scapegoat rather than look at the true nature of their frustrations. Political leaders can direct constituents’ fears toward a single target: immigrants. Scapegoating also can take a hateful, violent turn. Witness the attacks on Asian Americans during the pandemic and the recent mass shooting of Black people in Buffalo.

On the surface, scapegoating appears straightforward: a case of misguided accusations and aggression. But it’s much more psychologically nuanced, experts say, and those who scapegoat are often driven by unconscious dynamics.

“I don’t have to deal with myself if I scapegoat, if I blame,” said Deborah Stewart, a Jungian psychoanalyst in Cape Cod, Mass. “That’s the part that most people don’t really know — that they are trying to expel some of their very own feelings by putting them on others.”

The origins of the term “scapegoat” lie in the Old Testament: In Leviticus, the Israelites ritually placed all of their sins onto the head of a living goat, which was sent into the wilderness to carry the people’s transgressions to a desolate land.

In the modern era, psychologists describe scapegoating as a defense mechanism, an unconscious coping strategy, Stewart said. Those who scapegoat are aware of their negativity and blaming. Unconsciously, though, scapegoating often reflects feelings about ourselves that make us deeply uncomfortable, whether they stem from struggling financially, failing at relationships, or being terrified of loss of control, illness or death.

“There are things that we cannot bear to see about ourselves,” Stewart said. “ ‘I really don’t want to be seen as vulnerable or stupid or weak or greedy.’ ” Instead of addressing these intolerable parts of ourselves, we project our negative traits onto others, she said.

On the extreme end, hate groups can exploit this susceptibility. Lauren Manning, 32, described herself as an outcast during her teen years in Ontario, Canada. She struggled academically. Her peers mocked and isolated her. “My confidence was extremely low to none,” she said.

When she was 16, her father died of an illness. She felt lost without the man whom she had revered as her anchor and best friend, and she began drinking heavily. When a violent white supremacist group recruited her at 17, she found a potent way to deflect the shame of failure and humiliation. “On the inside, when you feel that beaten down and that low about yourself, you’ll basically look for anything to make yourself feel better,” Manning said.

Outwardly, she didn’t have the same skin color as those she scapegoated — the people she encountered after she left home and lived on the streets. And yet, instead of acknowledging her own binge-drinking, she criticized them for centering their lives on drug use. She judged others as criminals. “Meanwhile, I’m also into criminality,” she said. “I was trying to recruit people into this racist group that I had gotten myself into.”

The projection of her own pain and turmoil was unconscious, she said. “It was a way to deflect away from my own issues. I feel like we see bad qualities in other people that we also have in ourselves, that we notice first.”

Scapegoating can lead to dangerous self-righteousness

Scapegoating not only feels cathartic but also stokes a sense of self-righteousness, a “seduction of virtue,” Stewart said. By casting others as bad or inferior, a person will “come up smelling like a rose,” she added. “That is a defense, too. We’re justifying. We’re moralizing. The righteous mind is a dangerous thing.”

This sense of righteousness can be used to justify acts of aggression, experts say. The White suspect accused in the May shooting in Buffalo that killed 10 people and wounded three, most of them Black, reportedly wrote a manifesto filled with racist rants and talk of the “great replacement” theory. The latter holds that White people are losing influence to people of color through immigration and higher birthrates.

“I’m not at all condoning violence,” Manning said, “but basically, the way people in that racist circle see violence is an act of self-defense. … It’s fear turning into anger turning into violence.”

Those who violently act out their racism and bias are a small subset of those who scapegoat, said Jack McDevitt, a criminology professor and the director of the Institute on Race and Justice at Northeastern University in Boston. But many more people scapegoat out of fear and resentment, he said.

“There’s a narrative of people getting benefits that the people who hold the scapegoating views aren’t able to get,” he said. McDevitt has seen multiple falsehoods of this sort amplified online. For example, “Asians get a car when they get to this country. The LGBTQ community gets hired at a higher rate than anybody else,” he said.

Leaders can employ blatant scapegoating for political motives, with harmful results. “When public figures, legislators, demonize certain groups of people, it plays into a narrative that results in scapegoating,” McDevitt said. Such blaming can cause hate crimes to spike, he said.

“It’s important that our leaders don’t engage in this kind of rhetoric,” he said. “It empowers people who are already biased against that group to say: ‘If I treat you differently, will anyone care? No.’ ”

Those who scapegoat choose targets that feel safe to blame, Stewart said. They perceive their victims as having less power. A younger sibling might become the family scapegoat, for instance. In society, victims often belong to minority groups, emboldening those who scapegoat to disrespect and dehumanize them with less fear of repercussions.

Scapegoating “gives people a sense of false empowerment and protection,” said Michi Fu, a psychologist in Southern California and board member of the Asian American Psychological Association. By creating a psychological gulf between themselves and the scapegoated group, they hope to protect themselves from a feared fate.

Because scapegoating is irrational, offenders often will target someone who happens to be nearby. It’s impossible to attack something as amorphous as a virus, so people of various races have misdirected their fear, hostility and lost sense of control by shunning, harassing and physically attacking Asian Americans who had nothing to do with starting the pandemic.

How to stop scapegoating

Because scapegoating is unconscious, it can be hard to recognize it in oneself. However, a person can start questioning to bring the problem to light.

Making broad generalizations about a group can be a telltale sign of scapegoating, McDevitt said. “Some of the stereotypes that form the basis of our scapegoating have an inherent fallacy about the group,” he said. “Step back and ask yourself about that and whether … that makes sense.”

For Manning, the self-scrutiny started after she felt kindness from those she considered enemies. “One night, after we got into this drunken rampage fight, we go running out into the streets covered in blood and bruises,” she said. Two Black men approached and asked whether they could help. “They called 911 for us. They stayed and tried to settle us down as much as possible until help got there.” At a job in setting up scaffolding structures, she found camaraderie with her Jamaican co-workers. “These guys are fun. I actually enjoy going to work in the morning,” she said.

Cracks had formed in the racist ideology, and Manning felt disillusioned and burned out. She left extremism in 2015, having started to disengage after a close friend was killed. With the help of a counselor, she envisioned a different future for herself and committed to making amends.

She understands the emotions that cause people to scapegoat and demonize others, and she now works as an exit specialist with Life After Hate, a Chicago-based nonprofit that helps people leave far-right hate groups. She also wrote a memoir with her mother, Jeanette Manning, titled “Walking Away From Hate: Our Journey Through Extremism.”

Unearthing unsavory truths about ourselves can be difficult and might require a counselor’s insight. But when people mine their unconscious reasons for scapegoating, Stewart said, “we will then not be as tempted to act it out by being hateful toward someone, because we’ve given it a seat at the table of consciousness.”

Instead of forcing our feelings of inadequacy into exile — like the goat sent into the wilderness — those who scapegoat can embrace this awareness and grow from it. “If we can acknowledge our own inner weakling, inner thief, insecure person, all of those kinds of things, we’re already bigger,” Stewart said. “I have that part of myself. Otherwise, it has me.”