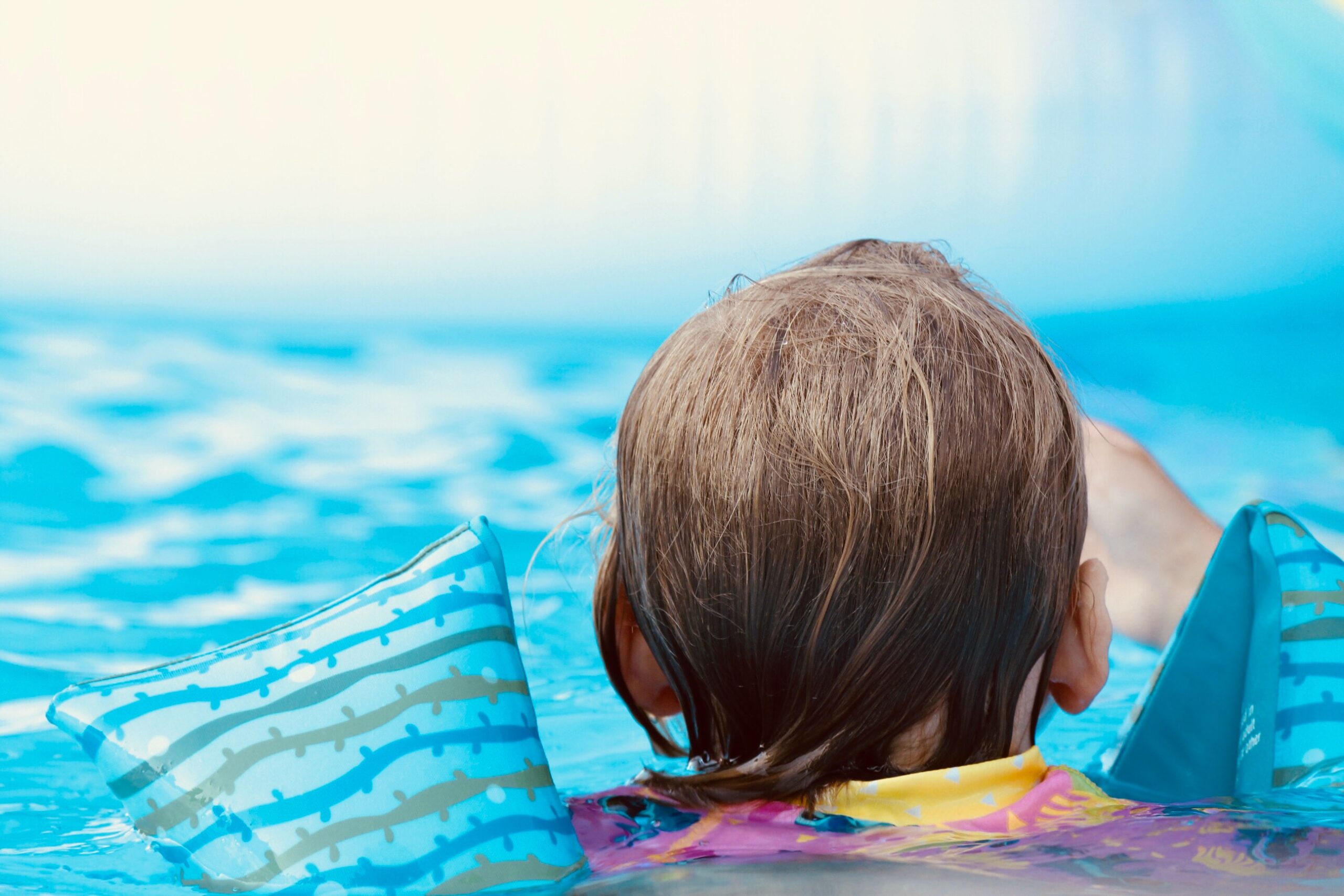 Some youngsters on the spectrum will follow this strong attraction to water and head for a nearby pond, river, or swimming pool. Such circumstances have made drowning a leading cause of death for these missing youths.

Autism elopement can happen any time. Summer can be especially dangerous. When the weather warms, the risk of drowning death rises, says Lori McIlwain, co-founder of the National Autism Association.

“The fatality risk is higher in May, June, July for that child to exit the setting unnoticed, especially if there’s an outdoor gathering and then they go directly to water,” McIlwain says. For instance, she says children can dart away during outdoor play, barbecues, gatherings, and other activities. Or they might wander off while vacationing near a beach or hotel pool.

Many people don’t know about this risk, including some families with youngsters on the autism spectrum. The National Center for Missing and Exploited Children is working to change that – and find solutions.

About 12 years ago, “we started noticing a very disturbing trend that children with autism were going missing and they were having grave results,” says John Bischoff, vice president of the Center’s Missing Children Division.

The Center analyzed a decade of data on accidental deaths of children on the autism spectrum. Drowning was the #1 cause, accounting for 84% of those deaths.

In 2012, researchers reported on autism and wandering in the journal Pediatrics. They analyzed answers from about 1,000 families to an online survey on the topic. Parents who had children on the spectrum and children not on the spectrum responded. Nearly half of the parents said their child with autism had tried to wander off after age 4, and 26% had gone missing long enough to cause concern.

In comparison, brothers and sisters of all ages who were not on the spectrum were much less likely to have wandered off.

It’s not entirely clear why children with autism are so drawn to water, McIlwain says. But there are some clues.

“What we see is that these children exit settings that are usually bothersome,” McIlwain says. “[Those settings are] loud, with a high amount of stimuli or stress or commotion, and they go to a quiet place, usually water in a quiet area. It’s calm. It’s peaceful.”

Water isn’t the only dangerous draw. When autism elopement happens, “they also go to the woods, they go to abandoned vehicles,” she says. “So any quiet thing is usually where they will head.”

Beth Dilg, a mother in Maryland, lost her 7-year-old daughter, Savannah Martin, who was on the autism spectrum, to drowning in 2011. Dilg had been living in Oklahoma and raising her three children alone after separating from her husband. On a chilly February day, Savannah and her 2-year-old brother left their house after Dilg had asked her 11-year-old son to keep watch while she went into the bathroom for a few minutes.

When Dilg realized that the two younger kids had left, she searched the property frantically. She shouted Savannah’s name repeatedly, but the child, who had limited language, didn’t come when called. “I feel like she knew what her name was,” Dilg says, “but it wasn’t like you’d call her name and she’d come to you.”

Dilg ran to a pond near her property after her 11-year-old son said that the two siblings were in the water. Dilg entered the water and grabbed her toddler, who had survived after having been kept afloat by his bicycle helmet. But when Dilg reached Savannah, she was already unresponsive. A neighbor helped pull the children out.
It can happen in any family. Even when a parent takes precautions, a child can slip out in a moment, perhaps while the parent is asleep or taking care of personal needs or if the child is at school or elsewhere.

“It’s unrealistic to say that you’d never take your eyes off your kid,” Dilg says.

She had tried to protect Savannah by starting her on swimming lessons, installing high locks on the doors, and trying to teach her about how to stay safe.

Still, children can be skillful in finding ways to escape, Dilg says. “These kids with autism are so smart. They may not be verbal, but they have this level of intelligence,” she says. “You always have to stay a step ahead of them.”

After Savannah’s death, Dilg became a longtime volunteer with Team HOPE, a peer support group with the National Center for Missing and Exploited Children. She offers emotional support to parents whose children are missing or who have died, including the parents of youngsters with autism who have drowned.

If a child on the autism spectrum goes missing, searching for them can be complicated by their condition. For instance, some children cannot speak or aren’t able to respond to searchers calling their name. The National Center for Missing and Exploited Children offers training to law enforcement and provides search protocols for first responders.

The Center has drawn on expertise from Laurie Reyes, an officer with Maryland’s Montgomery County Police Department. In 2005, Reyes created a special unit within the department to focus on safety for people at risk for wandering. They have conditions that include autism/intellectual and developmental disabilities, as well as Alzheimer’s and other forms of dementia.

“We have a culture of awareness here,” Reyes says. All Montgomery County recruits and officers receive training in how to interact with those on the autism spectrum, who may not respond to police commands. Police also learn how to search, including immediately checking bodies of water. “We’ve had many times where we’ve located individuals in bodies of water,” Reyes says.

Don’t wait to call 911. When a child goes missing, time matters. Reyes advises families not to search on their own. “Call 911 right away,” she says.

Use these tips to help keep kids on the autism spectrum safe and prevent drownings.

Secure your home. Use window and door alarms to alert you if a door or window becomes ajar. “Those door alarms are essential,” McIlwain says.

You can buy alarms online or get them free from the National Autism Association through its Big Red Safety Box program.

McIlwain advises securing the home with adequate locks and using baby monitors. Installing visual prompts, such as a stop sign on the door, might also cue a child not to leave.

Use personal identification. McIlwain says that children with autism must wear identification, such as a wristband, that includes their name, autism diagnosis, and the name and phone number of a contact person.

If children won’t wear a wristband, IDs on shoelaces are an option, she says. But parents should be aware that kids might leave without shoes or take them off before entering water.

Parents can also weigh the pros and cons of using tracking and locator devices, McIlwain says.

Identify triggers. “What’s going to make the child want to leave the setting? Is it noise? Is it a certain thing that they fear?” McIlwain says. “There’s always a reason.”

If parents can identify particular triggers, they can use calming techniques, for example, or provide headphones to counteract bothersome noises.

Teach safety skills, such as swimming lessons. Swimming lessons are important, McIlwain says. However, children with autism are often bothered by noise and commotion. Therefore, a regular swim class might not work for them.

Instead, McIlwain encourages parents to ask their local YMCA about special-needs swimming lessons or to search for such lessons online, she says. It’s usually best to give the child a few private swimming lessons “with somebody who understands autism.”

For the final lesson, the child should swim fully clothed and with shoes on, McIlwain says. “A lot of our kids go straight into water fully clothed, and they just need to be able to be familiar with how that feels and the weight of that and be able to swim like that as well.”

Keep a close watch and team up. “When there is a family gathering or an outdoor barbecue, a lot of times, we all think, there are more adults here, so there are going to be more eyes on all the kids. And that always ends up being opposite, right?” McIlwain says.

Be specific about who is monitoring the child’s safety.

“We encourage parents to do the ‘Tag, you’re it’ game with one another. So you basically tag an adult who is responsible for keeping an eye on that child for a period of time so that there’s always supervision.”

There are a few things you can do now to be ready in case your child slips away. These measures may help searchers find the child quickly.

Take photos today. Keep a full-length shot and a head shot of your child and store them electronically. If your child wanders away, you can immediately send the images to law enforcement to help them search.

Write a 911 script. Have this document ready in case your child wanders. It describes, among other things, points of interest that might draw your child, as well as locations of nearby bodies of water. By having it all written down, you’ll be able to share the information quickly with first responders. The Montgomery County Police Department has a “Wandering 911 Script” that you can download and use.