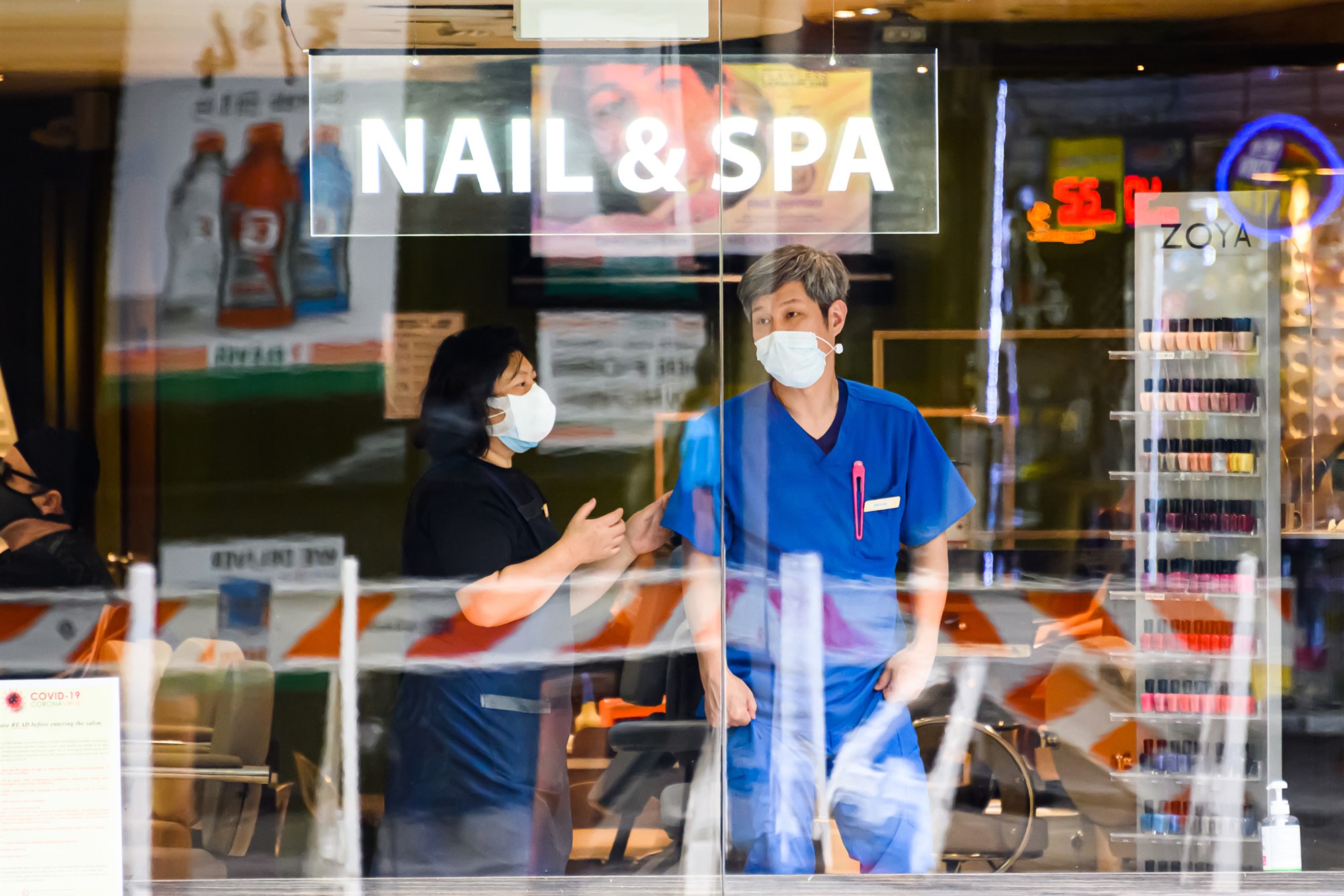 While customers once indulged in hot stone manicures and strawberry mojito foot soaks at Studio 18 Nail Bar in Orange County, California, co-owner Christie Nguyen no longer has her seven manicurists on the payroll. All are Asian American women now on unemployment.

After three pandemic shutdowns, Nguyen worries about the future. “We don’t know if we’ll be able to survive this,” she told NBC Asian America. “It’s really taken a huge emotional toll.”

Like the virus itself, the Covid-19 recession has hit communities unevenly. Women, in particular, have been walloped by unemployment: All of the 156,000 jobs lost last month were women’s jobs, according to a report by the National Women’s Law Center, with Asian American women accounting for the highest rates of long-term unemployment.

Forty-four percent of unemployed Asian American women have been out of work six months or more, according to the U.S. Bureau of Labor Statistics, compared to Black women at 40.8 percent, Latina women at 38.3 percent, and all women at 38.6 percent.

Many Asian American women work in the service sector, including restaurants, leisure, hospitality, retail and beauty. While Asian American women range from highly paid professionals to food workers, it’s the service orientation that has harmed many of them as restaurants, stores and nail salons shut down to slow the spread of Covid-19, according to Diane Lim, an economist based in Washington D.C. and author of the blog EconomistMom.com.

A UCLA report last year found that 1 in 4 employed Asian Americans work in hospitality, leisure, retail and other services and that the unemployment rate for this group was a staggering 40 percent. A report by the Asian American Federation, meanwhile, showed that Asian American unemployment in New York City ballooned from 3.4 percent last February to 25.6 percent in May — the largest increase of all major racial and ethnic groups in the city.

But participation in the service industry doesn’t fully explain the trend. Asian American women have higher long-term unemployment rates than Latinas, for example, another group that occupies many service-oriented jobs.

“It’s difficult to answer the question ‘why’ with the data that we have,” Lim said. But, she added, “Asian women are significantly different from Hispanic, Black and white women in terms of the employment trends during this pandemic. There’s something that’s strong and distinctive enough to show up as an average for Asian women.”

For her, the crisis is also personal because she has been employed only part time and looking for full-time work since July. Her 24-year-old college-educated daughter also lost her job at a bakery in Brooklyn last year.

In some cases, anti-Asian racism may be an exacerbating factor, according to the UCLA report.

“The increase in discrimination against Asian Americans has manifested financially and commercially as customers, employers and co-workers base their economic behavior on discrimination,” the report said. “Anecdotal evidence demonstrates that Asian American businesses, particularly those in ethnic enclaves, have experienced the labor-market impact of Covid-19 earlier and more deeply because of the racialized blaming.”

But without adequate research, many explanations for the unemployment trend remain speculative for now, Lim said.

Existing data on household composition might offer some clues. Asian women are more likely to be married to partners who earn more than they do — which could enable them to drop out of the labor force, an option that single mothers and women who out-earn their partners may not have — and they’re more likely to live at home with their children, according to Lim.

“It’s not just caring for children who are not going to school, but caring for elderly who can’t go outside and basically need to quarantine,” Choimorrow said. Faced with seemingly unmanageable responsibilities, Asian American women might opt to leave the workforce, especially if they’re influenced by cultural norms that encourage sacrifice.

“It puts strain on women to really be there for the family,” she said. “People are making really tough decisions.”