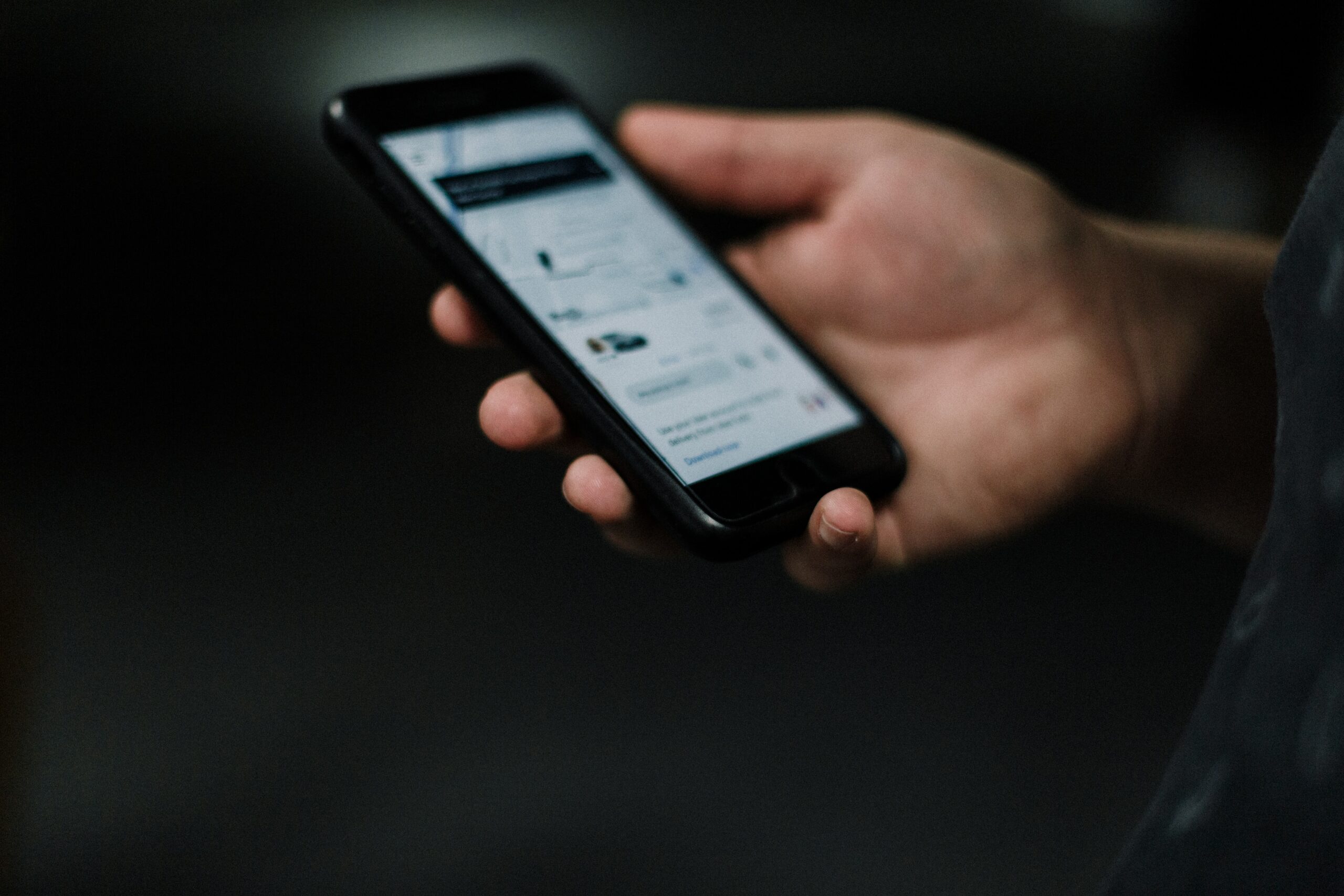 The words “domestic violence” tend to prompt images of physical intimidation and attacks.

But some of that abuse has taken a 21st-century turn. In our highly connected world, abusers also can use technology against victims to monitor, threaten, harass, and hurt them.

They may install spyware on victims’ phones, impersonate them on social media to humiliate them, or give children electronics that can reveal their location even after kids have fled with an abused parent.

An abuser’s need to exert power and control over an intimate partner lies at the root of domestic violence, she says. For victims, tech abuse often exists within a larger web of harm. “If someone is experiencing tech misuse, they may also be experiencing other forms of abuse like physical violence or emotional abuse,” Gibson says.

The growing problem of tech abuse has attracted the attention of Cornell University, which has established the Clinic to End Tech Abuse (CETA) at its Cornell Tech campus in New York City. According to CETA, one in four women and one in six men will experience intimate partner violence during their lifetimes.

Although research on tech abuse is scarce, a 2017 report from Australia labeled it “an emerging trend.” In surveys with 152 advocates and 46 victims through the Domestic Violence Resource Centre Victoria, researcher Delanie Woodlock found that phones, tablets, computers, and social networking websites were commonly used to “isolate, punish and humiliate domestic violence victims.”

In the United Kingdom, a landmark law passed this year makes it illegal to use technology to track or spy on partners or ex-partners, according to the BBC. The law specifically defines tech abuse, given its controlling and coercive nature, as a form of domestic abuse. It also gives police extra powers to respond to cases that involve tech abuse.

The U.S. has no similar law, but all of the states have stalking laws and many have updated them to include technology, even if the laws don’t address domestic violence specifically, according to Gibson. “Many survivors have been able to get recourse under electronic surveillance laws, cyberstalking, voyeurism and identity fraud,” she says. “There are still gaps where we see a patchwork of laws being used to meet the need.”

At CETA, trained technologists help survivors of domestic violence assess their digital security and scan their devices for spyware. “People are concerned about GPS trackers in cars, cameras in the house, and devices,” says Diana Freed, a PhD candidate at Cornell Tech who volunteers at the clinic as part of her research. “You just realize the magnitude of someone’s situation based upon all of the different types of devices that we use today and have in homes.”

In one preliminary study with 44 domestic violence survivors, Freed and her colleagues found that roughly half were at risk of compromised accounts, potential spyware, and misuse of cellphone family sharing plans to monitor victims.

Tech abuse can be blatant. Lia, a Massachusetts wife and mother who asked not to use her real name, said that she had long suffered from her husband’s cruelty. “He hit me, beat me, many times,” she says. At the beginning of their shelter-in-place order last spring, he locked her and their children in the house and installed a camera by the front door. “He could control whatever moves we make,” she says. He took away her car, credit card, and cellphone, isolating her and not letting her call for support or help.

Other victims have reported being coerced into giving abusers passwords under threat of physical harm. Abusers will get into their phones, read messages, and delete contacts if they don’t approve of certain people.

But often, technology abuse is covert, compromising victims’ devices or accounts without their knowledge or consent. “Spyware or stalkerware tends to run in the background, so unless you know what you’re looking for, you may not even know that spyware is on your device,” Gibson says. “But you do know that at 4 o’clock, your abuser showed up at your doctor’s appointment when in fact, they shouldn’t have.”

Abusers don’t need to be technologically sophisticated, according to experts. A past or present relationship with the victim can open the doors to many stealthy forms of abuse. Abusers might have set up email or bank accounts and passwords for the victim and continue to enter the accounts even after the relationship has ended.

Or abusers might be able to guess passwords and answers to security questions. “My intimate partner knows my date of birth, my email address, my high school I went to — they know so much about me,” Gibson says. “There’s another level of safety and privacy risk because that person is your family, your partner.”

Sometimes, abusers purchased victims’ devices and pay for the cellphone data plans, which lets them see all call and text logs. Some anti-theft services can map the whereabouts of a phone.

Once abusers have access, they can get information on the victim’s activities or install spyware that allows them to control or stalk victims. The tech abuse ensures they’re always a step ahead of victims, who often say their abusers can always find them or know things that the victim didn’t tell them.

Some also feel frightened inside so-called smart homes. Ferial Nijem moved into her ex-partner’s house “that was equipped with state-of-the-art technology,” she says. “Everything could be controlled by iPad or a smart device, including security cameras that surrounded the property.” The lights, blinds, TVs, and audio system could also be controlled remotely. “He was able to control all these features even from thousands of miles away,” she says.

Nijem, who said she wanted to withhold her current location out of safety concerns, says she felt monitored constantly through the cameras. “If I would go into the backyard and sit by the pool with a glass of water, I’d get a phone call immediately from him, saying, ‘That had better be a plastic glass. I don’t want to have to drain the pool if you break it.’”

Nijem believed he was sending a deeper message, she says. “It wasn’t about the glass. It was about, ‘I’m watching you.’ It keeps you on eggshells because you’re always being watched.”

Her ex-partner wasn’t physically violent, but verbally and emotionally abusive, she says. When she was sound asleep, he’d remotely blast loud music, turn on the TVs, and flash the lights on and off to startle her awake, she says. After 7 years together, the pair separated in 2017, according to Nijem. She left the home, but the two remain in litigation, she says. Nijem says she still feels wary around devices that can be used for monitoring or eavesdropping.

Abusers have also entered victims’ social media accounts or impersonated them on fake ones, with the goal of sending messages — purportedly from the victim — in order to damage friendships.

Other abusers have threatened to use social media to reveal a victim’s HIV-positive status to unaware family members. One participant in Freed’s research said that when she was job-hunting, her abuser impersonated her and contacted all of her potential employers to sabotage any meetings she had arranged.

Some abusers have spoofed phone numbers to make calls that appear to come from a courthouse, Gibson says. “They’ll call the survivor and cancel the court date because they want to show that the non-offending parent is negligent or not capable of caring for their kids.”

Often, abusers monitor victims through their children, Gibson says. “I’ve worked with survivors where their partner has given their kids new laptops or computers and spyware has been installed, or a new cellphone and they’ve enacted the family locator plan.” Abusers also glean information from children’s social networks.

Technology Can Help Victims, Too

Abusers exploit technology to cause mental anguish and harm, but domestic violence experts say that victims shouldn’t have to give up their devices and networks.

“People were committing abuse way before technology became a thing. And if we take the technology out, the abuse may still be there,” Gibson says. “Survivors deserve to be able to be social, to have contact with family. Technology can decrease isolation. It can also give survivors access to services, especially when we think about how COVID-19 has changed the way in which our programs do our work. We now are chatting and texting and doing online video conferencing, and so it can open doors for survivors.”

“But again, it’s important for us to help survivors know that if they choose to text or chat or tweet, that there are risks to that and helping them to understand that,” Gibson says.

CETA and Cornell Tech have come up with an approach called “clinical computer security” to help domestic violence victims because such expertise is lacking.

Trained technologists such as Freed listen to clients’ concerns, then look at passwords, logins, ownership of devices, and family plans. “We look at all these different things, and very often, it surfaces how the person is getting the information,” Freed says. CETA also uses its own custom tools to find risks. “We’re able to scan the devices and determine if there was any kind of spyware,” Freed says. The technologists even examine children’s devices. “We look at everything.”

If they uncover problems, the technologists give clients options for handling them. “It’s always up to the client how they ultimately proceed,” Freed says, whether that means opening a separate cellphone plan or disabling location tracking.

But clients should work with domestic violence agencies to create a plan for their own safety before any decisions, she says. Sudden changes could alert a partner or ex that the client has caught on or may have plans to leave the relationship, which could escalate the violence. “If it appeared that the abuser was logged into an account, the abuser would know if they were logged out of an account,” Freed says. “It would be important to have a safety plan to make sure that’s a safe choice to make.”

Katherine Kam wrote this story while participating in the USC Center for Health Journalism’s 2020 California Fellowship.