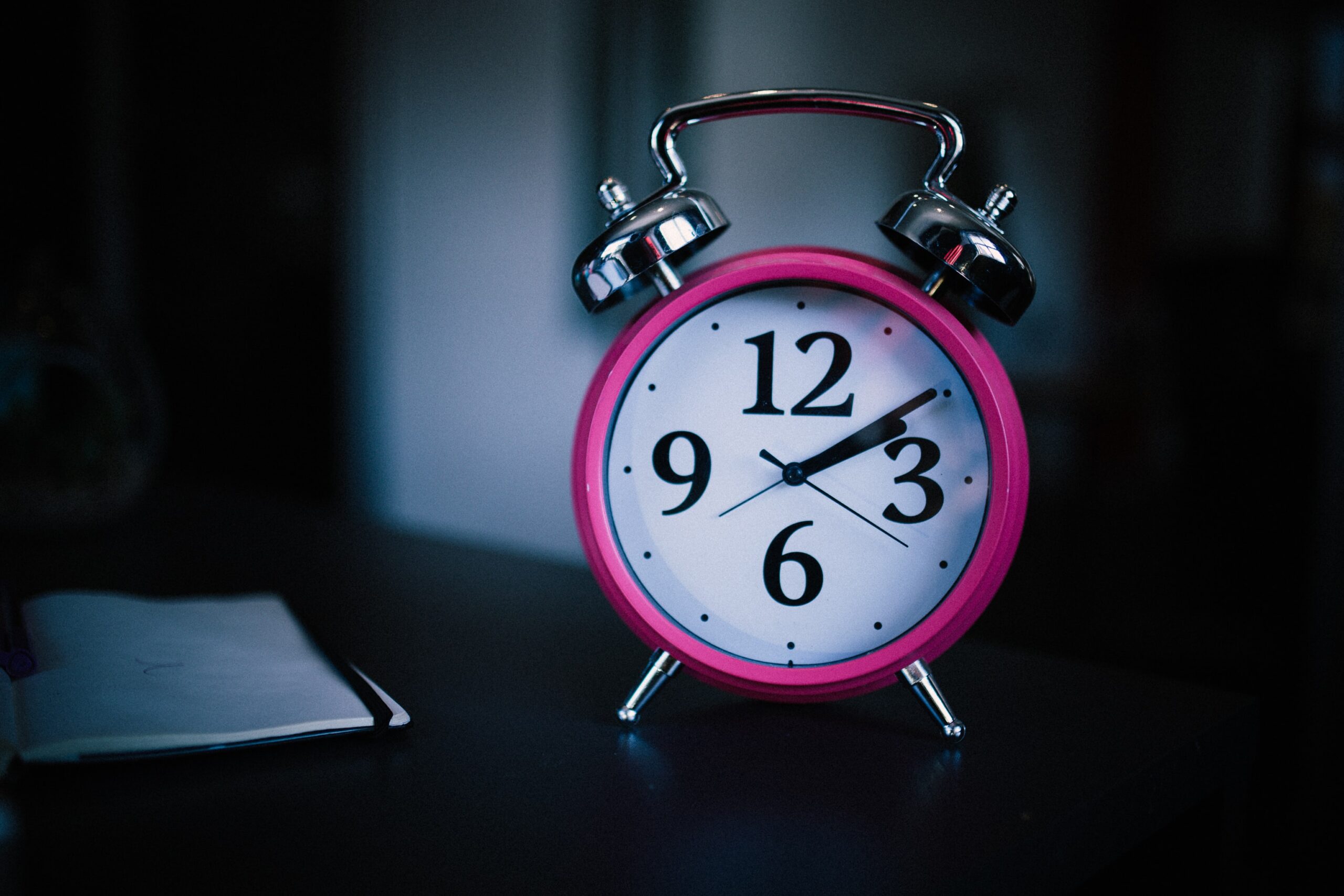 Sleep expert Rachel Manber, PhD, has seen the pervasive miseries of insomnia. Patients who are frustrated and fatigued tell her that they toss in bed all night, seeking that elusive comfortable spot. Others give up evening outings or vacations to avoid messing up their sleep schedules. Still others get anxious at bedtime, pondering whether to take sleep medications or wind down with a nightcap.

But trying so hard to fall asleep is counterproductive, says Manber, a professor of psychiatry and behavioral sciences at the Stanford University Medical Center and a behavioral sleep medicine specialist.

“When you talk to somebody who sleeps well and you ask them, ‘How do you sleep? How do you do that?’ they will likely look at you with blank eyes. They don’t do anything. Sleep is an automatic process,” she says.

“When you talk to somebody who has trouble sleeping, they will name a long list of things that they’re doing to try to sleep. And that very effort to sleep ends up creating arousal and interfering with sleep.”

Instead of trying to sleep, allow sleep to happen, Manber says.

For more than two decades, she has helped patients to undo ineffective habits, stop their sleep medications and drift into slumber on their own. Her method: cognitive behavioral therapy for insomnia (CBTI), a non-drug treatment that can improve sleep by helping patients change beliefs and behaviors.

More doctors have become aware of CBTI since the American College of Physicians issued a guideline in 2016 calling it the first-line treatment for chronic insomnia in adults, preferred over sleep medications.

It’s not that sleep drugs don’t work. They often do, but they can have side effects and drug interactions and aren’t meant for long-term use. Furthermore, once patients stop taking them, insomnia might return, requiring another course of drugs.

In contrast, CBTI resolves insomnia without drugs and equips patients “with skills that nobody can take away from them so they can use them should insomnia come back,” Manber says. “As you know, life happens and when we become stressed, we tend to lose sleep over it.” By applying CBTI skills, people can prevent new bouts of chronic insomnia or recover from them.

When patients undergo CBTI with a sleep specialist, the insomnia typically improves with four to six sessions, Manber says. But many people can find relief with these at-home measures.

WAKE UP AT THE SAME TIME EVERY DAY

You can’t control when you fall asleep or you wouldn’t have insomnia. But you can control what time you wake up every day. “If you always wake up at the same time,” Manber says, “you are toning your internal biological clock that controls sleep and wakefulness.”

She suggests picking a regular wake time that fits your own circadian rhythm. That steady wake time sends cues to your body, she says. “It creates a very robust biological clock. If you vary the wake time, the amplitude of the signal becomes flatter, the signal is weaker. It’s not supporting your sleep.”

“When your clock is robust, you naturally start feeling sleepy more or less at the same time every night. That’s why I’m saying you have to start from the morning.”

Many sleep problems are caused by an irregular schedule, Manber says, so avoid the temptation to sleep in, even on your days off.

People often confuse being physically tired or mentally fatigued with being sleepy, “but these are distinct experiences,” Manber says. “We define ‘sleepy’ as the likelihood that if you put your head on the pillow, you’ll fall asleep quickly.”

Sleep need builds during our waking hours, but people can’t feel it if they’re still in a state of high arousal or stimulation. “In other words, people can be tired, but wired. The feeling of ‘wired’ prevents them from feeling sleepy and therefore, they cannot fall asleep.”

As Manber suggests, “You will fall asleep faster if you go to sleep at the time in which you are no longer wired and are starting to feel sleepy.”

When people with insomnia lie in bed unable to sleep, they typically worry about another bad night and how awful they’ll feel the next day. Doing so conditions their minds to view the bed as a place of wakefulness, stress, and anxiety.

In contrast, if people spend most of their time in bed snoozing, the mind will learn to associate it with restful sleep.

One caveat, though: People should spend no less than 5½ hours in bed each night, even if they sleep less than that.

DON’T SPEND TOO MUCH TIME IN BED

People with insomnia tend to spend much longer time in bed than they’re able to sleep, emphasizing quantity over quality. They’ll stay in bed for eight hours, but only sleep a total of six hours.

And they tend to have low-quality, short periods of sleep, Manber says. “When people spend too much time in bed, many actually end up dozing off here and there. So the brain gets some sleep. It’s not very refreshing sleep, it’s not good sleep. But if you add all the crumbs of sleep, it does add up.”

To avoid crummy sleep, try limiting time in bed to consolidate your sleep into one block. If you’re only averaging six hours of sleep per night, you would spend six hours in bed each night to aim for deeper, high-quality sleep. “If you’re getting six hours of sleep, it would be much nicer to get them in one piece,” Manber says.

You might be tired at first, but once you build a solid period of sleep, for example, five or six hours, you can extend your amount of time in bed, perhaps with the goal of reaching seven or eight hours of solid sleep.

But in the beginning, while you’re trying to build that solid block, limit your time in bed cautiously to avoid an unsafe level of sleepiness. “If you develop a significant level of sleepiness, back off and consult a CBTI therapist,” Manber says. These specialists can also check for other causes of sleepiness, such as sleep apnea.

There’s another good reason to avoid spending too much time in bed: you also allow ample time for the sleep drive to build during your waking hours, according to Manber.

“The sleep drive is something that accumulates in our system. The longer we’re awake, the stronger is our sleep drive,” she says.

If you don’t build up enough sleep pressure, “when you go to sleep, you actually have a lower sleep drive, which is not going to support a long bout of sleep,” Manber says. “That’s one of the primary reasons why we don’t want people to spend too much time in bed: to make sure that your sleep drive is strong.”

STAY IN BED ONLY WHEN YOU’RE ASLEEP

People with chronic insomnia don’t just have a hard time falling asleep, but staying asleep. For example, if they wake up at 3 a.m., they might not fall back asleep for a couple of hours.

Under the standard CBTI recommendations, if people can’t fall asleep within 20 minutes at the beginning of the night—or if they wake in the middle of the night for longer than 20 minutes–they should get out of bed and do something quiet, like read a book, and come back to bed when they’re sleepy.

Manber agrees. “You should stop trying.”

But it’s important to avoid any activity that creates a lot of physical or mental arousal, for example, cleaning the house or reading a political book that riles up one’s emotions.

Still, she says, not everyone can get out of bed in the middle of the night if they can’t go back to sleep, for example, those who are bedridden or staying in a hotel room with others. “In that situation, you go to the core of what is most important here, and the core is that you stop trying to sleep.”

Some research shows that for middle-of-the-night wakings, “if you just stay in bed and stop trying and do something calming, then that helps as well,” Manber says.

Some patients prefer to remain in bed and cozy up with an audiobook. “People choose to listen to books that they’ve heard before,” Manber says. If you use any electronic device, be sure to block the blue light, which can interfere with your biological clock. Once again, the trick is to find material that isn’t too stimulating. Instead, people should listen to things “that are pleasant but that grab their attention and are not boring,” she says.

In doing so, “their attention is away from sleep. They’re no longer trying to sleep, and sleep comes to the surface and takes them.”