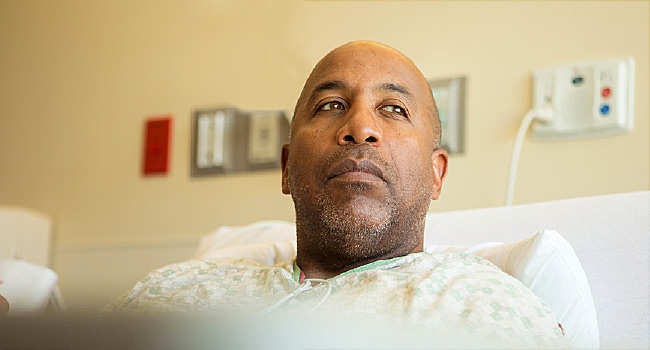 In states such as Michigan and Louisiana, as well as in cities like Chicago and Milwaukee, African American people are making up a disproportionately large number of COVID-19 cases and deaths, officials say.

In Chicago, African American people make up 30% of the population but account for 52% of the 4,600 confirmed cases, said Allison Arwady, MD, MPH, commissioner of the Chicago Department of Public Health, during a press conference this week. African American people have also made up 72% of the 98 deaths in Chicago residents. The death rate for black Chicagoans is seven times the rate for the city’s white residents, she said.

“We are all in this crisis together,” Chicago mayor Lori Lightfoot said during the briefing, “but we are not experiencing this crisis in the same way.”

In Michigan, African American people account for 14% of the population, but make up 33% of the state’s confirmed cases and 40% of deaths, according to the most recent figures.

In Louisiana, African American people make up 32% of the state population but have accounted for over 70% of COVID-19 deaths.

In Milwaukee County, WI, African American people have made up 652 confirmed cases and 40 deaths, compared to 362 cases in white people and 15 deaths. African American residents make up 27% of the county population, while white residents account for 64%.

Such early numbers have prompted a national civil rights organization to call for federal and state governments to release demographic data out of concerns about delayed care and high mortality rates for African American people, as well as to prevent the faster spread of coronavirus across the nation.

“We believe that this data is critical in the fight against this pandemic,” said Kristen Clarke, president and executive director of the Lawyers’ Committee for Civil Rights Under Law. “The public deserves transparency in order to fully understand the impact of this pandemic and its disproportionate effect on certain African American communities.”

The group is demanding that federal agencies, including the CDC and the U.S. Department of Health and Human Services, begin publicly providing demographic data, including race, for COVID-19 tests performed, confirmed cases, and fatalities.

On April 8, the CDC released a report drawn from hospital data in 14 states for the month of March. Those states included California, Colorado, Connecticut, Georgia, Iowa, Maryland, Michigan, Minnesota, New Mexico, New York, Ohio, Oregon, Tennessee, and Utah. Among 580 patients with race or ethnicity identified, disparities emerged. African Americans make up 13% of the U.S. population, but accounted for 33% of patients sick enough with COVID-19 to be hospitalized.

A new report from the Kaiser Family Foundation found that although some states, counties, and cities were reporting data by race and ethnicity, that information was not widely available. The report said that COVID-19 may disproportionately affect communities of color and compound underlying health and economic disparities. Data by race and ethnicity will be crucial for planning responses to health access and economic relief, it stated.

“In Chicago, it’s a story of inequity,” Arwady says. She cited poorer access to health care and healthy food, employment struggles, high stress, and other factors that place black Chicagoans at a disadvantage.

The vast majority of Chicago residents of all races who have died from COVID-19 had underlying chronic conditions often cited as risk factors for worse cases, she says. “Most common are diabetes, cardiovascular disease, including hypertension, and lung disease. What we’ve seen around the world, we’re seeing here in Chicago.”

In general, African American people in Chicago have about twice the rate of diabetes and asthma as white residents, according to Arwady. African American people also have higher rates of smoking and high blood pressure. “These underlying conditions are part of what are driving the racial inequities,” she says. “These are the very chronic conditions that put people at risk of severe illness and death.”

There may be socioeconomic reasons, too, Clarke says.

People of color are more likely to live in large urban areas and many live in crowded, multi-family dwellings, which raises their risk of exposure to COVID-19, according to the Kaiser report. About 41% of African American people live in dense, multi-unit housing, compared to 23% of white people.

In addition, only 20% of African American people are able to work from home, compared to roughly one-third of white people, according to Clarke.

Uche Blackstock, MD, an emergency doctor in Brooklyn, New York, has witnessed the effects. “I have seen in my exam rooms mostly black and brown patients who are essential workers and service workers who cannot afford to stay home. These are the ones I see presenting to the clinic with COVID-19 symptoms.”

Many of them have diabetes, asthma, and high blood pressure, she says. “We already know that our health care system is embedded with bias. We have data already that black patients are likely to receive worse care from the minority-serving hospitals in their areas. They’re ill-equipped for coping with COVID-19 patients.”

“Fundamentally,” Arwady says, “the institutional and systemic racism that have driven these inequities over the years, we are now seeing play out in our COVID data.”