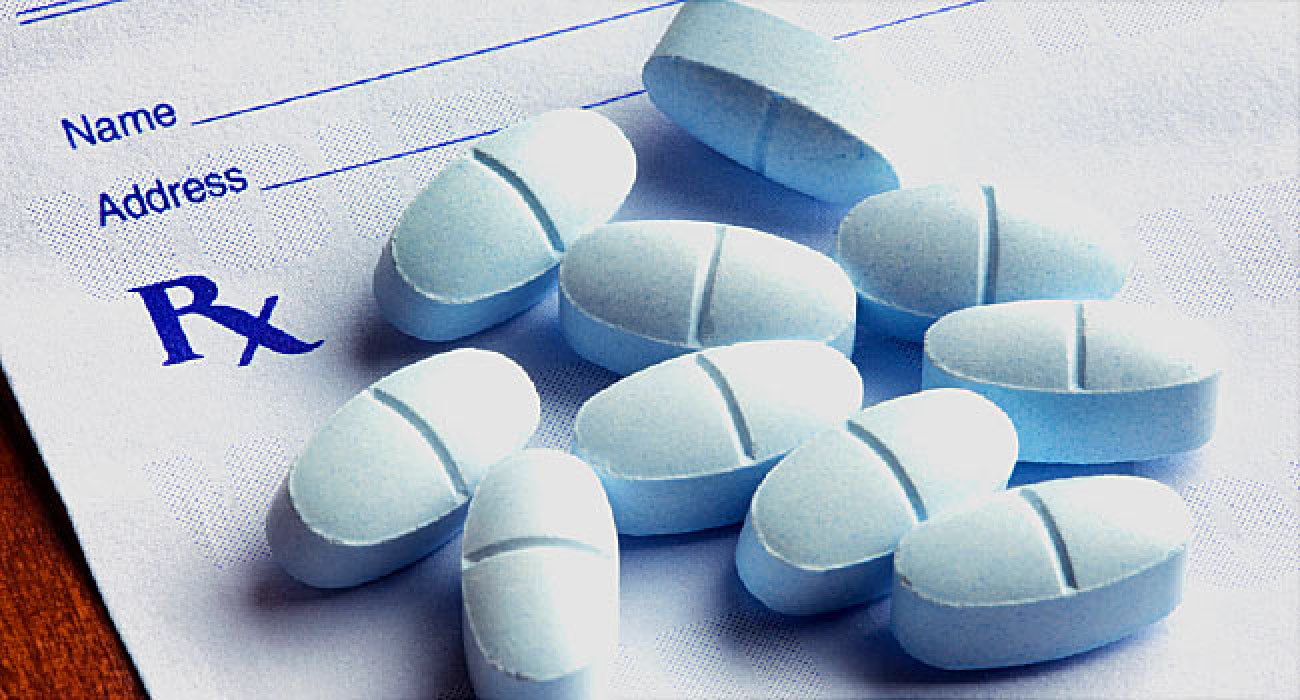 Sarah Wilson’s father was a police officer, so she was too scared to try drugs and alcohol as a teenager.

“The cops weren’t going to arrest me,” she says. “They would have called my dad.”

Wilson grew up, married, had children, and landed a job as a courthouse secretary in Jacksonville, FL. “I worked for the judge,” she says, a job that required “staying on the straight and narrow with the person that’s enforcing the laws in your town.”

In 2008, though, her life changed after a drunken driver crashed into her car. The accident — and the pain that followed — eventually trapped Wilson in an epidemic of prescription opioid misuse that has hit women from all walks of life.

Doctors began prescribing these powerful opioid painkillers, such as oxycodone, in the 1990s. Opioid drugs also include hydrocodone, morphine, fentanyl, and codeine. Heroin, which is illegal, is an opioid, too.

Among women, those ages 45 to 54 face the greatest risk of dying from prescription opioids.

From Prescription to Addiction

Opioids can be safe when doctors prescribe them and patients take only a short course. They’re effective for severe pain from dental surgery, cancer, serious sports injuries, and other conditions. But addiction can happen even when the drugs are prescribed appropriately.

That was true in Wilson’s case. The car crash left her with spine and nerve damage, migraines, and pain. When pain-relieving shots became too expensive, her doctor switched her to hydrocodone pills. Wilson wasn’t concerned at the time.

“I thought that if I was just doing what the doctor said, I’d be fine. I wasn’t doing anything illicit.”

The injuries forced her to quit her job. She stayed at home to care for her four children, now ages 15, 13, 6 and 5. But the opioids made it hard for her to remain energetic and engaged with her family. “I slowed down. My reactions were not that fast,” she says.

But after 12 hours without the drug, she felt ill, as if coming down with the flu. She took a pill and the sick feeling went away, she says. “Then it hit me: This is not normal.”

Wilson didn’t tell her doctor that she had become dependent, though. The stigma was too great. “I was embarrassed,” she says.

At the height of Wilson’s addiction, she was taking about 30 pills a day. She pawned her possessions to buy $3,000 to $4,000 worth of illegal pills per week. She also pawned jewelry stolen from her mother.

“When my parents figured out that stuff was missing from their home, they actually accused my husband. I immediately said, ‘No, it is not him, it is me. I’ve been stealing from you, and here’s the reason why.’ ” Her parents were shocked, she says.

Without that confrontation, she’s not sure when she would have sought help, she says. “For all I know, I wouldn’t even have survived.”

Wilson, now 40, started taking buprenorphine, a drug to treat opioid addiction, first in pill form and now through an implant in her arm. Along with methadone and naltrexone, buprenorphine is one of three drug treatments for opioid addiction. It can be taken safely, but some patients can become dependent or have side effects, so Wilson’s doctor will need to monitor her regularly.

She and her husband lost their home, in part because of Wilson’s job loss and addiction, but she feels fortunate that she didn’t overdose and die.

Like Wilson, women tend to have more chronic pain. They’re more likely to be prescribed opioids and stay on them at higher doses for longer periods than men. There are other important gender differences, too. Research has shown that women become dependent on opioids more quickly than men, perhaps because of differences in body fat, metabolism, and hormones.

“There are real biological differences in the way in which we handle these chemicals,” says Andrea Barthwell, MD, an addiction specialist who is a member of a nonprofit organization called FORCE: Female Opioid-Addiction Research and Clinical Experts.

Also, psychological and emotional distress, sometimes from violence or sexual abuse, can make it more likely for women to misuse opioids, more so than for men. Research also suggests that women are more likely to use prescription opioids to relieve anxiety or stress.

Kendra McGuire, a 50-year-old mother of three in the upscale town of Lexington, MA, grew up with alcohol and drug addiction on both sides of her family, she says. When she was in ninth grade, a classmate raped her after a date to a hockey game. Traumatized and ashamed, she didn’t tell anyone, but she escaped as many in her family had done: through alcohol, marijuana and cocaine. “I was medicating myself,” she says.

But she refused to try heroin. “I had this line that I wasn’t going to cross,” she says. During a party in college, though, she snorted a substance that she believed was cocaine but turned out to be heroin. “I loved the way it felt,” she says. “My addiction to opiates started.”

After 2 years of heroin addiction, she went through drug treatment successfully. “I got clean and I got married and I started my life again sober,” says McGuire, an event planner who now has 15-year-old twins and a 16-year-old.

But her battle against opioid addiction resurfaced when she was pregnant with the twins. She developed extreme abdominal pain that baffled her doctors.

Unsure of the cause, they gave her a choice to end the pregnancy or to take pain medication that contained oxycodone, she says. Unwilling to part with the babies, which she had already named, she opted to take the opioid medication under an obstetrician’s supervision. (After she gave birth, doctors discovered that the pain stemmed from a rare cause: a hidden, infected third ovary.)

She became dependent once again; the prescription opioid felt exactly the same as heroin. “My brain didn’t know the difference,” she says. After she gave birth, she tapered off the drug.

For McGuire, though, opioid addiction has been a fearsome foe. Four years ago, she felt overwhelmed by her responsibilities, including working and raising children. She relapsed again on prescription opioids and heroin and left home for a drug treatment program. “When I relapse, I’m not functional,” she says. “I become selfish, reckless, irritable, discontent. There’s no question that I can’t hold it together. I can’t hide it.”

Her children, then preteens, were furious with her. She felt unfit to parent and feared they would be taken away from her. Family members stepped in to help care for them, but McGuire still feels contrite. “It’s a real source of regret and shame for me. I really try to step up and be the best mother that I can at this point.”

‘It Should Be Treated Like Any Other Chronic Disease’

McGuire had family help, but access to child care is “the most significant barrier to women getting treatment,” says Shruti Kulkarni, policy director for the Center for Lawful Access and Abuse Deterrence. Also, in many states, pregnant women or mothers who use illicit drugs can be reported to child protective services and lose child custody.

Women aren’t well-served when opioid addiction is treated as a criminal issue or a “moral failing” instead of a public health issue, Kulkarni says. “Opioid use disorder is a chronic, relapsing disease of the brain. It should be treated like any other chronic disease like diabetes or asthma — with evidence-based treatments which in this case include medications.”

Kulkarni agrees that opioids play an important role in treating severe pain, but she’d like doctors to become educated about prescribing other pain medications before using them.

If doctors must prescribe opioids, the CDC recommends they give the lowest effective dose possible and monitor patients carefully.

Four years have passed since McGuire recovered from her last relapse. Now, she believes that abstinence, or simply planning to avoid opioids, isn’t enough deterrence. She needs to continually confront the deeper psychological issues that drive her to misuse drugs, she says. She needs support to avoid relapse and plans to avoid prescription opioids unless absolutely necessary. If she needs them for severe pain, she’ll have a trusted person hold onto the pills and will not take the drugs for extended periods. “I have to be so careful,” she says.

Wilson believes that her addiction is a chronic brain disease and that she’ll need to remain on a low dose of buprenorphine for the rest of her life. “I was willing to try anything because I just wanted to get better, and I haven’t looked back since,” she says. “I haven’t relapsed.”