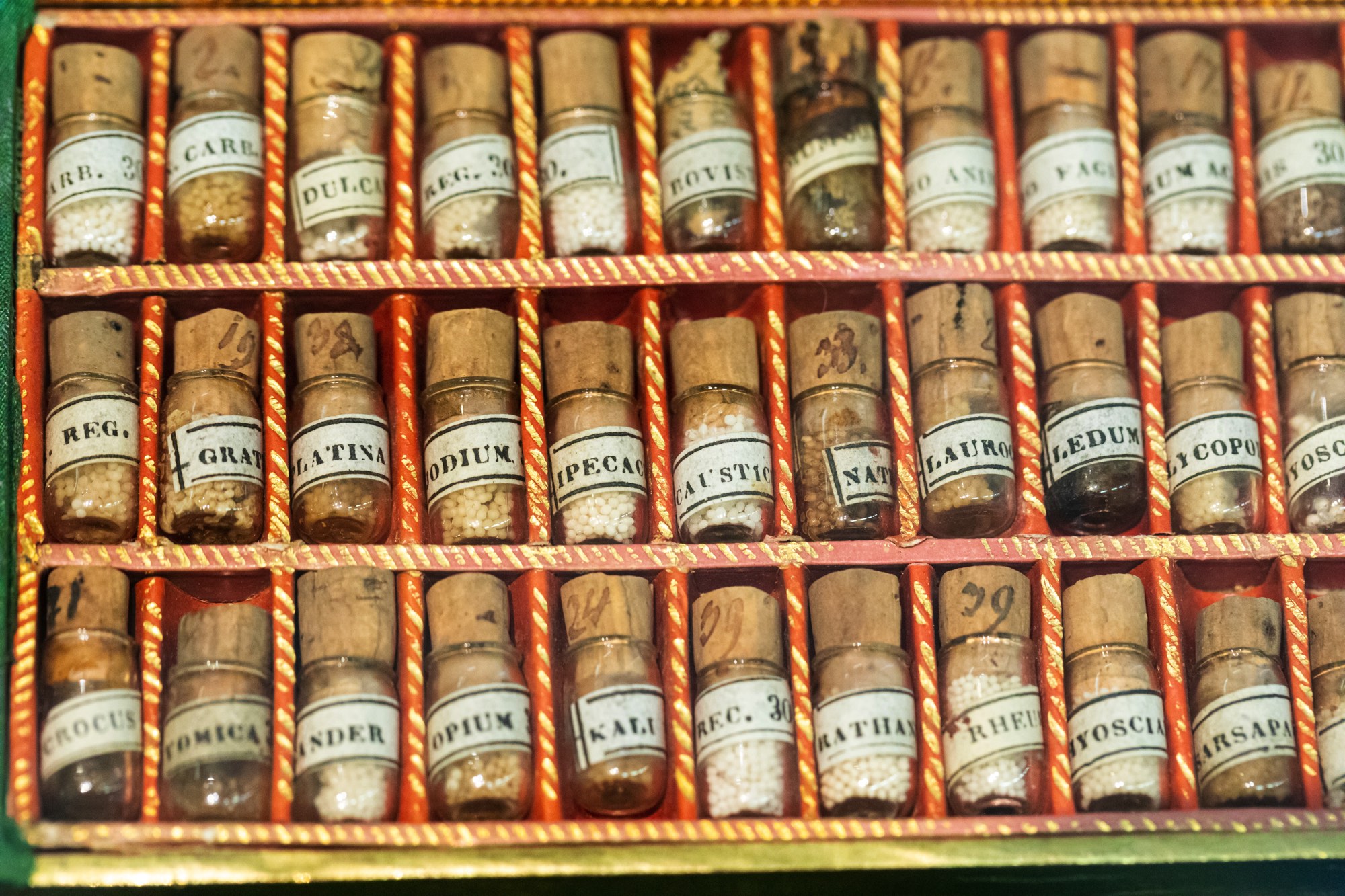 Photo by Zdeněk Macháček on Unsplash
0

Pity the poor Victorian-era family whose bottle of Mrs. Winslow’s Soothing Syrup ran dry. It was touted as an indispensable aid to quiet bawling babies and teething tots, and it packed a wallop of an ingredient: morphine.

Today, no one would dream of calming an infant with morphine, but the museum of medicine is littered with such discarded remedies. Some were fanciful potions that quacks concocted to make a buck, while others were legitimate — even revered — treatments that eventually yielded to more enlightened science.

For example, opium suffers a tainted reputation these days. But doctors have favored it throughout history, especially to control coughing and diarrhea.

“It was regarded as an all-purpose drug. One physician called it ‘God’s own medicine,'” says James C. Whorton, PhD, a medical historian and professor at the University of Washington School of Medicine.

Legitimate Medicine of an Earlier Era

Before the introduction of penicillin in the 1940s, doctors used arsenic and mercury to treat syphilis.

Cocaine drops for toothache came on the market after doctors discovered its pain-relieving qualities. One Belgian company even promoted cocaine throat lozenges as “indispensable for singers, teachers and orators.” Dentists and surgeons also used cocaine as an anesthetic.

While doctors of the late 1800s considered these drugs legitimate, a whole range of shady patent medicines, sometimes called “nostrums,” also flourished during that period.

People bought nostrums from traveling medicine shows, and the cures beckoned boldly from billboards and newspaper and magazine ads. “You couldn’t get away from them,” Whorton says.

Many nostrums targeted vague “female complaints.” The delicate dames of yore didn’t mention menstrual cramps and hot flashes in polite company. But they were lining up to buy Lydia E. Pinkham’s Vegetable Compound, one of the most popular women’s remedies of the time.

Plenty of other patent medicines flooded the American landscape, according to a history posted on the web site of the FDA. They included: Fatoff Obesity Cream, Make-Man Tablets, and Antimorbific Liver and Kidney Medicine. Also touted for “weak hearts, weak blood, weak nerves” was a product called Anglo-American Heart Remedy. And Dr. Bonker’s Celebrated Egyptian Oil was available for “colic, cramps in the stomach and bowels, and cholera.”

Another classic: Mack Mahon the Rattle Snake Oil King’s Liniment for Rheumatism and Catarrh. Catarrh? Not as weird as it sounds. Just an old-fashioned way of saying congestion — the kind that comes with the common cold.

Good for All That Ails You

Others favored open-ended labeling. Cerralgine Food of the Brain boasted of being “a safe cure for Headache, Neuralgia, Nervousness, Insomnia, Etc.”

Hucksters didn’t just limit themselves to elixirs and pills. They also invented a dizzying array of devices, such as electric insoles and magic shoes, to cure sore feet and crippling conditions.

Consider, too, the Health Jolting Chair of the 1880s. It resembled a garden-variety armchair–only rigged with springs and levers. Its advertising promised that the chair would give “efficient exercise to the essentially important nutritive organs of the body.”

According to the manufacturer, all that jiggling and jolting was essential for “millions of human beings who may be living sedentary lives through choice or necessity.” The chair was, “For certain classes of invalids a veritable Treasure-Trove.”

End of an Era

The golden age of patent medicines ended in the early 1900s, the FDA web site notes, when muckraking journalists wrote stories exposing them. The federal government also cracked down with new legislation to prohibit adulteration or misbranding of foods and drugs, as well as false advertising.

Also, as the state of legitimate medicine evolved, new cures replaced the old. When doctors began treating syphilis with penicillin, a grateful generation was spared the toxic effects of arsenic and mercury, including inflamed gums, destruction of the teeth and jaws, and organ damage.

Opium and other addictive drugs also fell by the wayside once scientists realized their pitfalls. Novocain replaced its predecessor, cocaine, as an anesthetic.

No doubt, more medical advances on the horizon will make some of today’s medicines outdated. So perhaps it’s wise to avoid smugness.

After all, will sophisticated new cancer treatments make today’s harsh chemotherapy agents look like the arsenic and mercury of the past? “I’m sure people will wonder why we put up with it,” Whorton says.

Will future generations be aghast that we pumped people’s foreheads full of Botox? “I think it’s pretty strange now,” Whorton adds. “I don’t think we have to wait.”

And in the year 2250, will folks be chortling over our antiquated Internet, the purveyor of fad diets, bust developers, male enhancers, and overnight baldness cures?